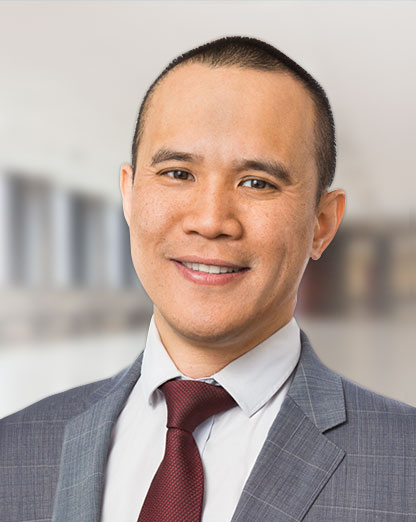 Mr Justin Wong completed his MBBS at the University of Melbourne (1999). He undertook his orthopaedic training in the Victoria Orthopaedic training programme, winning the Allan Frederick Dwyer Prize for best research paper (2007), and gained his Fellowship of the Royal Australasian College of Surgeons in 2008.

In 2010, Mr Wong trained in centres in the UK and across Europe for eighteen months, learning advanced techniques in knee surgery. He gained experience in complex primary and revision knee arthroplasty, surgical procedures for treating knee arthritis in young patients, and reconstructive procedures for ACL and other sports knee injuries. He also trained extensively in the management of patellar dislocations and instability, including the trochleoplasty procedure.

Mr Wong has a public hospital appointment at the Northern Hospital as a surgeon and co-ordinator of orthopaedic research. He also practices at several private hospitals where he specialises as a knee and hip surgeon.