What is the trochleoplasty procedure?

In a normal knee, the patella (knee cap) sits in a groove on the end of the femur (thigh bone). The groove is called the trochlea and it is one of the things that helps to keeps the patella in a normal position during knee movement. People who suffer from patella dislocations often have an abnormally shallow trochlea (trochlear dysplasia). Sometimes, the groove is actually shaped the other way, creating a dome, rather than a groove. The patella is then very unstable and dislocates easily.

The trochleoplasty procedure is an operation that reshapes the trochlea to create a more normal groove that helps to hold the patella in place. It is a very effective way to stabilise a patella that is dislocating frequently.

Who should have a trochleoplasty?

Trochleoplasty is performed for patients who have had multiple patella dislocations and who have severe trochlear dysplasia with a domed trochlea, instead of a groove. It is generally advisable to wait until the bones have stopped growing before performing this surgery.

How is a trochleoplasty performed?

The trochleoplasty is performed with the patient asleep under an anaesthetic. A 10cm incision is made over the outer side of the knee, down to the joint. The patella is pushed over to the inner side to expose the front of the femur. A curved chisel is then used to lift the cartilage of the trochlea up, along with a very thin flap of bone. A series of chisels and high speed burs is then used to reshape the bone to create the new groove. Once the groove has been shaped, the flap of bone and cartilage is then laid back down into it. Because the flap is thin, it is usually flexible enough to bend and conform to the shape of the groove. The flap is then fixed in place using an absorbable tape.

Once the flap has been fixed down, the tendon of the Vastus Medialis Obliquus (VMO) muscle is detached from the inner side of the knee cap. The tendon is then pulled forward and sutured back down to the patella. By shifting the tendon forward, the soft tissue on the inner side of the patella is tightened, which helps to stabilise it. It also improves the pull of the VMO so that the muscle is able to hold the patella in better.

The wound is then sutured and dressings and a bandage are applied.

After surgery, most patients stay in hospital for one or two nights. I do not put a brace on the knee because it is important to get it moving as soon as possible. A physiotherapist will see you after surgery and will teach you how to use crutches and will start your rehabilitation exercises.

You will need crutches to walk but you are encouraged to put your full weight through the operated leg.

The knee can be very painful for the first couple of weeks but this can usually be managed with painkillers, which you will be given when you are discharged. The knee tends to be very swollen and this can take a couple of months to subside.

You will need to take 2-4 weeks off school or work and you won’t be able to drive until you can walk comfortably without crutches and without strong pain killers. This usually takes a few weeks.

You should see your physiotherapist as soon as you can after discharge to continue your rehabilitation. If you don’t have a physio, I can organise someone from my network of very experienced physios to look after you. The full rehabilitation takes about 9 months.

The trochleoplasty procedure is a very powerful way of stabilising the patella. Over 90% of patients are satisfied or very satisfied with the result.

Mr Wong trained with one of the world leaders in patella stabilisation surgery and learned how to perform the trochleoplasty procedure. He is one of only a few surgeons in Australia who perform it and one of the most experienced. He has been invited to talk about trochleoplasties at Australian and international conferences. 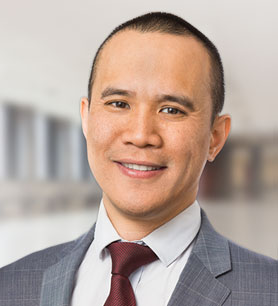